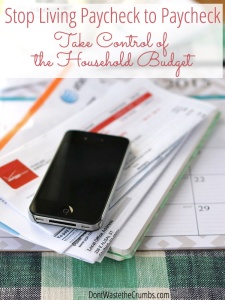 When Couples Have Paychecks

Poolers put all the money into a common pot. Splitters keep their own separate accounts. Which you choose is a matter of soul, not finance. Poolers think that sharing, including financial sharing is what marriage is all about. Splitters hold to their own independence within the marriage. The previously married often split but sometimes pool. The first time married often pool but sometimes split. It is so unpredictable that even your best friend might surprise you. Over time, and if the marriage goes well, splitters usually turn into spoilers splitting some, pooling some, and growing some less antsy about who pays for what.

The challenge for poor is the checkbook and the bank ATM cards. How do you know what is in the bank when both of you draw from the same account? To keep your finances organized you can: Write no checks away from the checkbook. Use credit cards instead, the pay bills by check at the end of the month.

Faithfully bring back every debit card receipt, if you use the card to make purchases and enter the withdrawal.

Take two or three checks to walk around with. When you use one, enter it into the check register.

Keep a big balance in the checking account to prevent overdrafts. Or sign up for overdraft checking.

Let just one of you handle the bills. The other hangs onto two or three checks and reports whenever one is used. As in She: “Honey, I need more checks. “ He: “How is that? You still have two.” She: “No, I’m out.” He: “What did you write the last two for?” She: “Didn’t I tell you?” He: “No.” She: “Oh.” It is the only truly romantic system. Once a month you kiss and make up.

Poolers usually have some separate money, probably in pension accounts. There is also something about an inheritance that often resists the impulse to share. But the house, the savings, and the investments are kept routinely in joint names, even if just one of you makes all the investment decisions.

The challenge for splitters lies in keeping track of who pays for what. As in She: “I bought the groceries for two weeks running.”